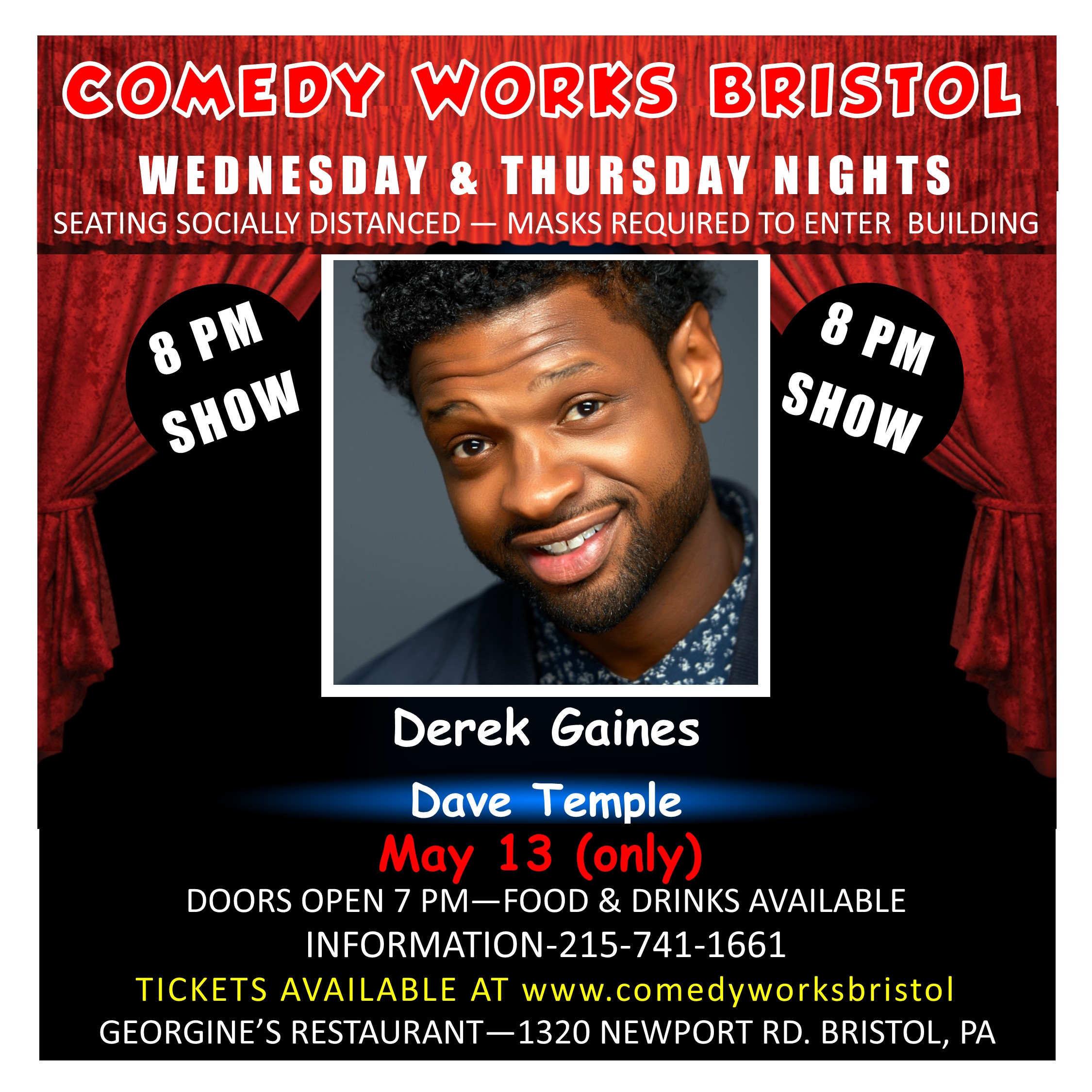 Headlining this Thursday, May 13, 2021is Derek Gaines & Dave Temple who started out in the Philadelphia area.
Derek Gaines who grew up in New Jersey before hitting the Comedy scene in Philadelphia was a hit as a co-host of MTV’s “Broke Ass Game Show” and has since moved to the big screen this past summer with his role in Pete Davidson’s “The King of Staten Island”. Gaines has had an ongoing part as “Jaybird” in the TBS TV series “The Last O.G.” He has also played “Theodore” in NBC’s reboot of the “Will & Grace” Show. Derek Gaines continues to write and tour as a National Headlining Comedian playing some of the top Comedy Clubs across the country. For more information call 215-741-1661